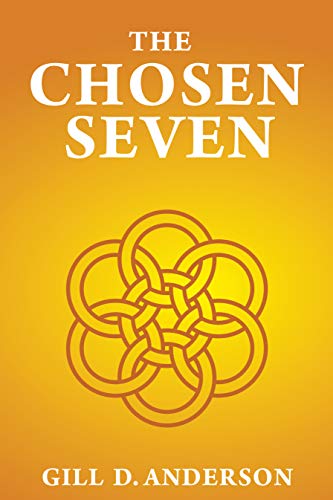 FARZAD ABED is an unhinged Iranian immigrant living in Australia. His sociopathic tendencies coupled with his political views make him a very dangerous man indeed. Farzad wants the world to sit up and take notice of him and randomly selects six bystanders to hold hostage at a city restaurant.

JACOB BROWN is a fitness fanatic who finds himself at the centre of a bizarre situation when he arrives at his favourite restaurant to pick up a takeaway for dinner.

REGINA TERRY is a fearless Afro-American woman in Australia on a business visa who unexpectedly finds herself embroiled in a crazy siege with a madman.

LEVI HAINES and BILL WALKER are colleagues having a business dinner at the restaurant. Bill is Levi’s sleazy boss with unethical intentions and Levi is dining with him against her will.

PAUL TOWNSEND is a local electrician who happens to drop off a quote at Alessandro’s Cucina at the same time Farzad descends on the restaurant to begin taking hostages.

Follow the roller coaster ride of emotions as these strangers find themselves embroiled in a terrifying siege orchestrated by a madman. The authorities scramble to put together a definitive plan of action to contain the situation quickly. But not everyone will come out alive …

The Chosen Seven is a novel I was desperate to read ever since discovering it. The Chosen Seven caught my attention right away thanks to its description which alludes to a madman who takes six people hostage. I was intrigued as it is rare to come across hostage crime-related books and if they do exist, the hostage theme is usually a small part in a much larger crime novel, so to say I was excited was an understatement! When I indeed did start to read The Chosen Seven I found myself hooked from the start thanks to the unique premise but also the sensational literature courtesy of Gill D. Anderson!

It is rare for me to say this so early on in a review, but The Chosen Seven blew me away. You will read why it did in my review but it truly did and that is why I of course already have to recommend you lovely readers read The Chosen Seven! However, if you need more convincing then continue to read to learn more about The Chosen Seven.

The Chosen Seven is a captivating novel that will hook its readers from the start. The reader in The Chosen Seven will be whisked away to Australia and it is here we will meet the antagonist of the novel, Farzad Abed. Farzad is an Iranian immigrant living in Australia and he is tired of being invisible and wants the world to notice him, so he hatches a plan.

Farzad, fuelled by his sociopathic mindset, takes hostage six people at a restaurant in the city and as the book unfolds, so does the drama surrounding Farzad and his reckless behavior as well as among the hostages. As in The Chosen Seven, we will not only meet and get to know Farzad but also the hostages. There are six hostages and my favorites were Regina Terry and Levi Haines and Bill Walker as their narratives to me were the most interesting. Regina is a strong, empowered woman who is also African American and Levi and Bill are two colleagues that have an interesting story and so I definitely was captivated by these three the most!

The story which weaves all seven narratives makes for a shocking and thrilling read that should not be missed so I truly would encourage you to get lost in the action of this book and find out what happens to our madman protagonist Farzad Abed but also the fate of the 6 hostages!

Gill D. Anderson is a phenomenal writer who knows how to grasp her reader’s attention in The Chosen Seven effortlessly. Anderson instead of writing long, drawn-out builds up which are commonly found in thriller novels, decides to ditch this approach and thrust her reader into the heart of the story straight away so that the reader is instantly captivated and immersed and wow, did it make for a thrilling read book lovers!

Anderson, however, is not only a brilliant writer for her ability to captivate the reader’s attention straight away, but she is also an excellent author for her ability to lace exceptional twists and turns throughout her story that genuinely had me shocked at points! The combination of Anderson’s shocking twists and her explanatory powers will immerse the reader in the story and make them be able to visualize every detail, no matter how small. This writing approach is one of my favorites because it makes the reader feel included in the story and make the reader feel as if they are in the same situation as the characters of the novel and it made for a terrifying but thrilling reading experience that should not be missed!

To conclude my thoughts on this novel, The Chosen Seven is a thrilling, compelling and thought-provoking novel that will easily entertain readers for many days and nights and so, I, of course, have to award this stellar gem of a book five stars! If you are a reader who loves thrillers then have a read of The Chosen Seven; it is a fast-paced, action-adventure that should not be missed so have a read of the preview below and get reading! Be sure to keep an eye out for my spotlight for the author Gill D. Anderson which will be live next week too book lovers! You won’t want to miss it.