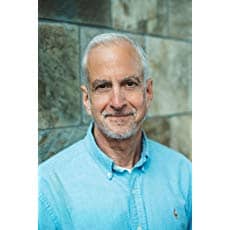 Hearts Set Free weaves together three tales of men and women who journey from the darkness of doubt to triumphant faith and from the ache of loneliness to everlasting love.

In 1930, the rag-tag riffraff of a railway stop called Las Vegas need a fighting man to shepherd their tiny church after their pastor is murdered. Might David Gold, a washed-up boxer and Bible-school dropout who fights as the Pummelin’ Preacher, be the answer to their prayers?

At the same time, Luke, a native Alaskan boy, is on a quest to find his father, who has abandoned his family for a beautiful woman his mother vows to kill. Little do mother or son imagine that their journey will take them to a small town in Nevada where demons and angels walk among men.

In 2011, Science Cable T.V. producer Tim Faber is determined to prove that mankind has no need of God, while his lover, Joan Reed, strives to regain the faith of her youth. They’re bound for Las Vegas to meet with 99-year-old Luke, who holds the key to a mystery they must solve–and answers that will forever change their lives.

Hello book lovers! Today is a day where I will be writing another author spotlight for a well-accomplished author whose work I have loved. As you know book lovers I love learning about authors and the inspiration behind their work, it fascinates me and adds to the depth of the book because the reader will be able to better understand it. That is how the author spotlights were created because I soon discovered that you lovely readers ALSO love learning about author’s, so I am excited to tell you a little bit more about author Jess Lederman whose book Hearts Sent Free captivated me from beginning to end. I personally would recommend this book to all of those that love Christian and contemporary fiction but really the book can be read by anybody as it is flawlessly written and highly enjoyable. With today’s author spotlight for Jess Lederman, a biography of the author and an interview between us both will be shared, and I hope that you book lovers enjoy reading it! To kick this off here is an author bio about the wonderful Jess Lederman!

Jess Lederman, founder of the website The Works of George MacDonald, is well-known worldwide to fans of the Scottish novelist and minister whom C.S. Lewis referred to as his “master.”

“When my first wife was diagnosed with ALS, we moved to a small town in Alaska, where we spent the last two years of her life. It was after her death, while I was still living in the far north, that the idea for Hearts Set Free–which opens in the Alaska Territory in 1925–was born. People who know that the novel contains autobiographical elements (and several historical characters) sometimes ask me, ‘How much of the story is true?’ And I answer, ‘Perhaps twenty percent–and the rest is even more true!’ What drives my writing is the desire to convey truths that transform lives. Truths of the heart.”

Jess is currently at work on a Christian-themed novel set in Las Vegas in 1955. He remarried several years ago and lives with his wife and two young sons in the Pacific Northwest. When not writing, he’s likely playing Chopin and Beethoven on the piano. For more information on Hearts Set Free, and to read Jess’ blog posts, visit jesslederman.com.

Now, how wonderful does Jess Lederman sound?! The author is a truly exceptional writer and I hope that you lovely readers have a read of the author’s work because you will not regret it! Please see below an interview between us both, I hope that you enjoy the author’s answers to my questions, they are incredible and provide some great advice too!

Thank you for joining us today at Red Headed Book Lover! Please tell us more about yourself

After I graduated with a degree in music from Columbia University, a lust for expensive pianos drew me into an unexpected career in finance. It turned out that I had a knack for business; I gained much that the world had to offer and became a hedonist, a gambler who haunted the poker rooms of Las Vegas, and an arrogant atheist. I’ve written fiction for most of my life, and at one point I quit work to devote myself to writing a novel. During that time, my late first wife, Teri, and I lived in Paris, down the street from where Hemingway once lived, and later in the mountains of Idaho. But the novel was never published, for I was a man whose soul had not yet awakened, who did not yet have anything important to say. So I went back to the business world.

One day, when we were living in Dallas, Teri heard a radio interview with Francis Collins, an eminent scientist who wrote The Language of God, which tells the story of his journey from atheism to becoming a disciple of Christ. Collins’ book led us to the writings of C.S. Lewis and George MacDonald*, who became the midwives of our rebirth from above.

There’s no hiding from the Hound of Heaven, once He’s on your trail!

Several years later, Teri was diagnosed with ALS (Lou Gehrig’s Disease) and we left Dallas and the business world behind and moved to a small town in Alaska. There we looked out on the glory of God’s creation and read to our heart’s content during the last two years of her life. Faced with tragedy, we learned to trust utterly in Him, and He blessed us with the peace that surpasses all understanding.

It was after Teri’s death, while I was still living in the far north, that the idea for Hearts Set Free—which opens in the Alaska Territory in 1925—was born. People who know that the novel contains autobiographical elements (and several historical characters) sometimes ask me, “How much of the story is true?’ And I answer, “Perhaps twenty percent—and the rest is even more true!” What drives my writing is the desire to convey truths that transform lives. Truths of the heart.

In 2013, I met a wonderful woman—my current wife, Ling—and soon we began talking about having children. “Impossible!” said our doctors. “According to your test results, there’s no chance at all, even using the latest techniques.” Of course, within two months of that pronouncement, Ling was pregnant with little David, who just turned three, and we subsequently adopted Daniel, who’s now twelve.

After David’s birth, we moved to southwest Washington. I’m currently at work on a novel set in Las Vegas in 1955, and, when I’m not writing or chasing my sons around, can usually be found at the piano playing Chopin nocturnes for Ling.

People who know that the novel contains autobiographical elements (and several historical characters) sometimes ask me, “How much of the story is true?’ And I answer, “Perhaps twenty percent—and the rest is even more true!” What drives my writing is the desire to convey truths that transform lives. Truths of the heart. My journey from atheism to faith, and the experiences of others in my life, are woven into Hearts Set Free.

As a young man, I was captivated by E.L. Doctorow’s novel Ragtime, which combined fictional and historical characters. Hearts Set Free alternates between the past (mostly the 1930s) and the present day. Jack Johnson, the first black heavyweight champion of the world, Georges Lemaitre, who was both a physicist and a Roman Catholic priest, and gangster Bugsy Siegel play important roles in the story. I spent about a year doing historical research, and loved every minute of it. 3) What would your advice be for aspiring writers? Same thing I tell myself: write, write, write, then rewrite, rewrite, rewrite. I think people write novels for the same reason pregnant women give birth: you write because there’s something inside which is growing and wants to see the light of day.

Whatever else I might want to accomplish, whatever message I might want to deliver, the most important thing is that I capture the reader’s imagination. He or she has to want to spend time with the characters in the world I’ve created.

I like to have the key parts of the plot worked out in advance, although I always know that the characters may have their own ideas about what ought to happen. But I’ve got to have a pretty detailed outline to start. And I like to make notes for each chapter on big 3′ by 2′ 3M pads.

I read books on the historical subjects I’m writing about, and of course endlessly google as well. I find oral histories to be invaluable–it was a blessing to discover a book that contained oral histories of many of the people involved in the construction of the Hoover Dam, the colossus which looms in the background for much of Hearts Set Free. There’s nothing like hearing or reading the actual words spoken by people as they remember events, rather than purely relying on a historian’s or biographer’s summary.

I’ve certainly had lapses, but when a project is underway, I write whenever my three-year-old is either at Daycare or asleep!

Some of the writers who particularly inspire me are George MacDonald, C.S. Lewis, and Michael Phillips.

I hope to have my next book out sometime in 2020. It’s working title is Glory.

Its official book lovers, I am obsessed with Jess Lederman! If you have liked what you have read about the author and are interested in learning more about Jess Lederman, then please do have a browse of the links below and be sure to have a read of the preview too! You will not regret it.