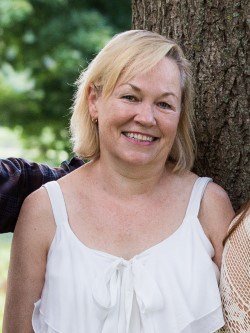 Why They Stay explores the possible reasoning and motivation behind why political wives stay with their husbands after the husbands cheat. Hillary Clinton couldn’t have known in 1998 how her husband’s high-profile philandering would play out. Would he be rehabilitated in the public eye? She couldn’t be sure, but she took the gamble. Had she left the marriage, today she might be the spurned wife of a retired politician instead of the first American woman to run for president on a major party ticket. Looking back on the path chosen by the nine political wives profiled in this book, we have the evidence to see a pattern as old as the dynastic maneuverings of England’s medieval queens. The women married to the ‘royalty’ of our times, politicians, make similar cold calculations in order to hold onto their ‘thrones’ and their family’s history-making potential. After covering politicians for decades, acclaimed columnist Anne Michaud switched her gaze to the women behind the cheating men. Drawing from multiple sources that span the Roosevelts’ marriage to the more recent scandal involving Hillary Clinton’s closest aide Huma Abedin (wife of sexter, Anthony Weiner), ‘Why They Stay: Sex Scandals, Deals, and Hidden Agendas of Nine Political Wives’ argues that when it comes to the ‘power behind the throne,’ women in the limelight weigh the risks and rewards. They remain loyal to their men, because of complex, often unconscious forces. From mapping a path to power to laudable notions of holding the family together, Michaud examines the uniquely challenging Faustian bargains that political wives grapple with, even as the public spotlight illuminates their every move.

Hello book lovers! Today is a day where I will be writing another author spotlight for a well-accomplished author whose work I have loved. As you know book lovers I love learning about authors and the inspiration behind their work, it fascinates me and adds to the depth of the book because the reader will be able to better understand it. That is how the author spotlights were created because I soon discovered that you lovely readers ALSO love learning about author’s, so I am excited to tell you a little bit more about author Anne Michaud whose book Why They Stay compelled me from beginning to end. I personally would recommend this book to all of those that love biographies and politics but really the book can be read by anybody as it is flawlessly written and highly enjoyable. With today’s author spotlight for Anne Michaud, a biography of the author and an interview between us both will be shared, and I hope that you book lovers enjoy reading it! To kick this off here is an author bio about the wonderful Anne Michaud!

A veteran political journalist, Anne has won more than 25 writing and reporting awards and has twice been named “Columnist of the Year,” in 2015 and 2013, by the New York News Publishers Association and the New York State Associated Press Association.

Anne has appeared on numerous television and radio programs. She’s a graduate of the Columbia University Graduate School of Journalism and is a wife and mother.

Now, how wonderful does Anne Michaud sound?! The author is a truly exceptional writer and I hope that you lovely readers have a read of the author’s work because you will not regret it! Please see below an interview between us both, I hope that you enjoy the author’s answers to my questions, they are incredible and provide some great advice too!

Thank you for joining us today at Red Headed Book Lover! Please tell us more about yourself.

Thank you, Aimee Ann. I’m delighted to be here with you and your readers.

I’m a longtime journalist who covered politics for a number of years. I reported on Bill Clinton, New York Gov. Eliot Spitzer and former Congressman Anthony Weiner. As each of these men stumbled over his own sex-related scandal, I looked to the wives and wondered why they stayed married. Each of the wives was so accomplished on her own. They could have had their own political careers or top-shelf private sector jobs. Why didn’t they walk away from the cheating spouse, especially after it became a public, humiliating scandal?

So, after years of writing about the men, I turned my attention to the women and what motivated them to stay in their marriages.

After a lot of research into the lives of the nine couples I profiled – including how they were raised, and their families’ attitude towards marriage and fidelity – I proposed the women had five common traits that kept them working on their marriages. The traits are: a deep belief in tradition, a need for emotional and financial security, a personal sense of patriotism, feeling responsible for the family’s emotional health, and an ambition to build and bequeath a legacy.

I compared these modern women to Elizabeth Woodville, a historic figure who by means of marriage and manipulation established the Tudor dynasty in England. I intended to highlight how little has changed for women since her day.

Believe in yourself and your vision. I made a lot of false starts before I finally saw this book through to completion. I had so much self-doubt … but publishing and sharing this book with readers has been thrilling.

Choose to nourish an inner certainty.

I can’t pick one! First, I would say, a book must tell a good story. A book should transport us to other times and places and expand our ideas about others’ inner lives. It should give context to the lives we’re living now.

I don’t have a structured process. I’ve fit my writing around working fulltime and raising a family. My preference is to have a solid block of three to four hours to work. When my children were teenagers, I knew they would sleep late on weekends, so I got up early to take advantage of that quiet time.

I give myself a break when I’m tired of writing, because tired writing won’t interest readers. Instead, I switch to research or transcription or some other task that doesn’t take quite so much mental energy.

When I’m writing, I like to leave off in the middle of a thought or a section. I’ve heard that some other writers leave off mid-sentence, but I don’t have that much self-discipline! For me, quitting mid-thought helps jump-start my writing when I sit down the next time. I reread what I wrote before, and because it’s unfinished, it’s obvious where to go next. Starting can be so hard; this trick makes it easier for me.

I don’t have a set schedule, but having a deadline helps greatly to keep me inspired.

I read a lot about politics. Recently, Becoming by Michelle Obama and Fear: Trump in the White House by Bob Woodward. I’m enjoying A Gentleman in Moscow by Amor Towles as well as Light on Life by B.K.S. Iyengar. I’m widely curious when it comes to reading books.

I’m working on a second edition of Why They Stay. The publication date isn’t confirmed as of now.

Its official book lovers, I am obsessed with Anne Michaud! If you have liked what you have read about the author and are interested in learning more about Anne Michaud, then please do have a browse of the links below and be sure to have a read of the preview too! You will not regret it.