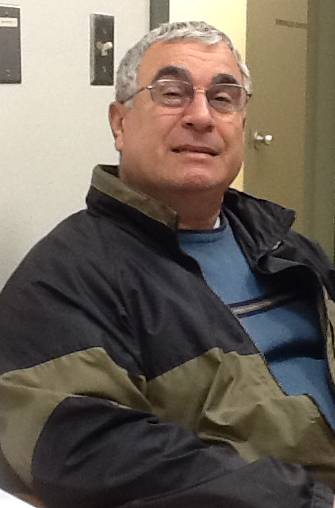 DO YOU KNOW THAT YOU’VE BEEN TOUCHED?

In 2017, soon after the author published his first book, It’s All Good: Times and Events I’d Never Want To Change, he had a feeling that there was more to be done. While attending mass one Sunday, he realized that God was doing the nudging. Clearly, it was time to write Knowing He’s There: True Stories of God’s Subtle Yet Unmistakable Touch, a book highlighting how our loving God demonstrates His presence in our lives.

The author writes of experiences through which one can see God’s influence, as these twenty-five essays are presented in ways that are solemn, humorous, and heartwarming. Throughout this work, his strong relationships with family, friends, and the influences of his ethnic heritage and religious, middle-class upbringing are obvious.

Before the writing began, it became apparent that God had touched the author’s life in many ways, often quite subtly. He reasoned that God wanted him to discover the source of these blessings for himself by raising his awareness. This book is written with the hope that readers will at least consider God’s possible influence on their lives, both in the past and in the present … not to mention the future.

Hello book lovers! So today I will be sharing a spotlight for author Charles Sacchetti and this is the second spotlight featuring Sacchetti! Charles Sacchetti is a wonderful author whose work I loved reading and reviewing. Sacchetti has written two books, the first called It’s All Good that focuses on the author’s life in a series of essays and the second is called Knowing He’s There which is about God and his influence on our lives. Both books were sensational and I hope that you check them both out!

Before I continue my spotlight here is a bio about the author that will introduce you to him!

Charlie Sacchetti was born in 1947 and raised in a tightly knit, working class neighborhood in Southwest Philadelphia.  It was an environment of strong religious, family and honor-based values.  Here he learned right from wrong, a strong work ethic and the importance of standing by your word, your family and your friends.  He graduated from John Bartram High School and attended Temple University on a baseball scholarship, graduating in 1969.  After a brief stint in professional baseball, Charlie retuned to the university and was employed there for 13 years.  In 1983, he began a new career in industrial chemical sales which continues to this day.

In 2016, after having all four of his “letters to the editor” published, he reasoned that if these editors thought enough of his work to publish all of those submitted, perhaps he had some talent.  So, in May of 2016, he submitted the commentary piece, Getting in the Game, which was published in The Philadelphia Inquirer on Mother’s day.  One month later, his piece, Getting the Message was submitted and published for Father’s day in the Courier-Post.

That was it…he was bitten and infected by the “writing bug”.  The idea of publishing his two books of essays was born from hearing many requests to do so, from friends and strangers alike.

As of this printing Charlie and his wife, Luann, reside in New Jersey and have been married for more than 45 years.  He continues to enjoy the blessings of a wonderful family and loyal friends.

I said it in my first spotlight but I will say it again! Sacchetti is a wonderful author and person and I am so happy to be sharing his work with you great readers!

When did you first realize you wanted to write?

I have always enjoyed writing for my own purposes.  I decided to write this book, as I say on the back cover:

In 2017, soon after the author published his first book, It’s All Good: Times and Events I’d Never Want to Change, he started to get the feeling that there was more to be done. As time went on, he continued to feel that little twinge of uneasiness that would pop up on a regular basis. Finally, while attending mass one Sunday, the source of the “nudging” became apparent. In His own mysterious way, God was telling the author to get back to work. The call was suddenly very clear. It was time to write Knowing He’s There: True Stories of God’s Subtle Yet Unmistakable Touch, a book highlighting how our loving God demonstrates His presence in our lives.

What do you like to do when you’re not writing?

I am a lifelong Phillies fan so I enjoy watching big league baseball games and more recently, watching my grandchildren as they begin to play organized ball.   I also have a keen interest in national politics.

What was one of the most surprising things you learned in creating your books?

How much effort must be put into making sure the book is produced properly.  Having  my professional editor, Samantha Simoneau, get involved proved invaluable.

How many hours a day do you write?

No set amount, whenever the mood hits me!

And that concludes the interview book lovers! I hope you have enjoyed learning more abut Charles Sacchetti and his work, be sure to check out both of his books, It’s All Good and Knowing He’s There as you will not be disappointed!