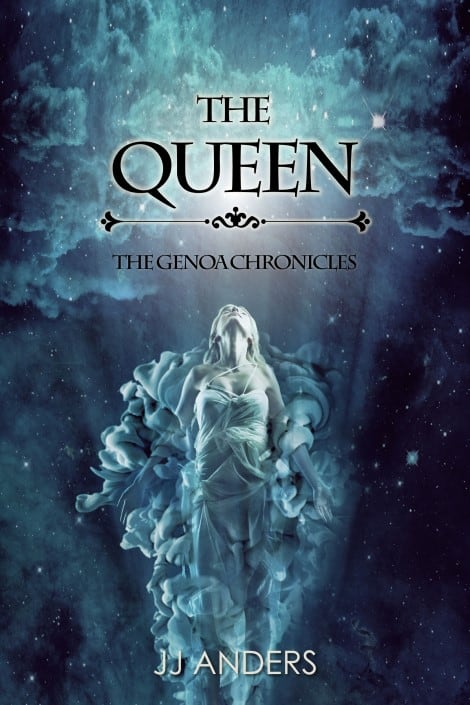 With the brutal murder of her parents, Tress assumes the immense responsibility of unifying Genoa. Ruling a vast kingdom of wizards, sorcerers, and mystical creatures, she fights to rid Genoa of the tyrant, Gillard. Surrounded by spies and the threat of war, Genoa’s only hope of survival lies in Tress’ long-awaited reunion with the fearless dragon-warrior and the prized scholar in her protection.

Tress burdens the weight of unifying Genoa, her inheritance from her viciously murdered family. Assuming rule of a vast kingdom of magical creatures, wizards, and sorcerers, Tress battles to restore Genoa by ridding it of the evil tyrant Gillard. To protect Genoa and the scholar in her company, Tress must ally herself to the dragon-warrior, fearless and unrelenting. The scholar, the warrior, and the queen must unite as one, enveloped in spies with war lingering in the air, if Genoa has any hope to survive.

Having reached the end of my journey in a mystical land filled with enchanting creatures, mysterious sorcery, and great power I find myself almost in a state of melancholy. It is the great enigma of all truly adventurous readers to find ourselves at the crossroads, the almost frantic desperation to know how everything will end and yet in that knowledge comes the fond farewell to a land we have come to know and cherish. The Queen: The Genoa Chronicles by JJ Anders is a powerhouse fiction novel that is unforgettable! Forging an alliance and working in unison is Genoa’s only hope to rid the land and its people of the treacherous tyrant Gillard. There is only one chance if they are to succeed in restoring harmony and the rightful ruler to power. The Queen: The Genoa Chronicles keeps us, fervent readers, astounded along the perilous path Tress embarks on to fulfill her responsibility after her parent’s murder. JJ Anders’ The Queen: The Genoa Chronicles is a wondrous and thrilling work of fantasy I profoundly delight in having read!

JJ Anders are an unparalleled writing team. Twin sisters brimming with unprecedented talent, creativity, and phenomenal storytelling, we are taken for a ride, we can’t help but fall wholeheartedly in love with! Having both read and enjoyed the pleasure of Marnye Young’s hypnotizing narration of The Queen: The Genoa Chronicles, I find myself hard-pressed to choose a preference. Marnye Young’s voice sings the sirens song calling us, enamored readers, to shore as we complete our vivid tale filled with action and adventure and the end of tyranny. JJ Anders spin a web that entangles us, beloved readers, in a stunning world of fantasy that comes to life before our very eyes! The Queen: The Genoa Chronicles by JJ Anders is an engaging novel both in print and audio narration. JJ Anders have created a remarkable piece of literature with genuine and relatable characters that will draw any reader in, which speaks volumes to their intelligence and talent as a literary team!

Thank you so much for reading book lovers! I appreciate it so much, I love discussing wonderful books with all of you so please comment below and let me know your thoughts. Do you see yourself reading this book? Do you love the genre? Please let me know your brilliant thoughts below and I will be sure to comment back. Thank you so much again for reading!

P.S. Here is a preview of the book for all of you lovely readers to enjoy! Please have a read of the preview and if you find that you have loved what you have read then all you need to do is follow the links below!

Marnye Young is a multi award-winning narrator for New York Times and USA Today bestselling authors and the owner of the audiobook production company Audio Sorceress. A SAG-AFTRA voice, stage, and screen actor, she has spent her life in the South, Midwest, and North. Having performed in Romania, Sweden, Scotland, New York City, and elsewhere, she has been praised for her impeccable comic timing as well as her ability to make you cry. She has also been called an “accent guru.” When she isn’t narrating, she’s acting, writing a play, writing a self-deprecating comical blog about her identical twins, fishing, following NASCAR, volunteering (CRIS radio, and Learning Ally), running a local moms playreading group, raising chickens, and of course “mom”ing. Her favorite literary character is Sherlock Holmes. She would like to thank everyone who made it possible for her to be where she is today. When Marnye Young is not narrating amazing books, she is speaking in schools about audiobook production – how wonderful is that!