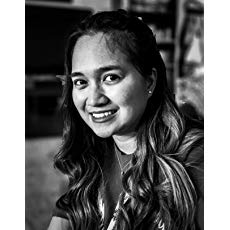 Life is valuable. Death is a necessity. In Yliria, this is not a contradiction.

New Year’s Eve 2054. A virus, later named the BlackJack, struck and killed 3/4 of the world’s population. Only those who were 21 and younger were not infected. Treaties broke off. Countries severed connection to the outside world. And the country of Yliria built its own invisible walls.

Thirty-eight years later…Yliria is now at peace. But nothing is gained without sacrifices.

Yuri’s life was perfect. Family. School. Career. Then there’s Ryoma. Her one true love. Nothing could go wrong when she has everything planned out. But on the night of their anniversary, it did not end with a kiss.

Ripped from their normal lives, both Yuri and Ryoma woke up from a dream to face the real nightmares. As a punishment for their parents’ treason, they must serve the government—the System—as the new Aces of the Court Department, assigned to oversee and maintain the peace and balance within Yliria.

Armed, not with a weapon, but the same virus that destroyed the world. The Aces must escape their new fate. If not, the only path left in their future is the one covered in blood.

Hello book lovers! Today is a day where I will be writing another author spotlight for a well-accomplished author whose work I have loved. As you know book lovers I love learning about authors and the inspiration behind their work, it fascinates me and adds to the depth of the book because the reader will be able to better understand it. That is how the author spotlights were created because I soon discovered that you lovely readers ALSO love learning about author’s, so I am excited to tell you a little bit more about author Regie Khemvisay whose book Death Kiss thrilled me from beginning to end. I personally would recommend this book to all of those that love science fiction but really the book can be read by anybody as it is flawlessly written and highly enjoyable. With today’s author spotlight for Regie Khemvisay, a biography of the author and an interview between us both will be shared, and I hope that you book lovers enjoy reading it! To kick this off here is an author bio about the wonderful Regie Khemvisay!

Regie Khemvisay was born in the Philippines and immigrated to the United States at the age of 15 in Las Vegas, NV. She joined the Army in 2011 after high school and was stationed in Korea, California and Texas until she decided to end her contract in 2018. She currently resides in El Paso, TX while her husband is stationed in Fort Bliss with their one son. For seven years, she served in the military while pursuing a degree on Digital Media and Web Technology. She is currently taking up her Master’s in Illustration with Academy of Art University.

Death’s Kiss is her debut novel.

Now, how wonderful does Regie Khemvisay sound?! The author is a truly exceptional writer and I hope that you lovely readers have a read of the author’s work because you will not regret it! Please see below an interview between us both, I hope that you enjoy the author’s answers to my questions, they are incredible and provide some great advice too!

Thank you for joining us today at Red Headed Book Lover! Please tell us more about yourself.

Hello Aimee and everyone reading this,

I am Regie Khemvisay, originally from Las Vegas, NV and now goes everywhere the Army takes our family. We will be moving soon to Virginia. I am 26 years old, married with one son. Death’s Kiss is my first novel I self published. I love love books and dystopian novels are my favorite genre. It only makes sense that my debut is a dystopian novel. When I’m not writing, I’m probably drawing or designing something. I am an Anime otaku and a Korean Drama addict. Pleased to meet everyone.

The story is set 38 years later after the BlackJack Virus’ outbreak in 2054. Death’s Kiss revolves around Yuri and Ryoma who were snatched away from their normal lives to serve as the new Aces of the Joker System (Yliria’s government). They learn that nothing in Yliria is what it seems and the price to pay for a peaceful country. They are given an important task to maintain the balance between the population and its resources. But as truth are uncovered, they start to fear their position in the government and they start to plot an escape from their new fate. In one week, they need to find a way to escape their orders or blood will be on their hands.

1984 by George Orwell was one of my inspirations for Death’s Kiss. We’re all a sucker for happy endings but there is something interesting in stories that doesn’t end how we wanted it to be. There’s something about heartbreak that intrigues me. I wanted to write something that will question the human heart and our beliefs. There was a time when I always heard about generation wars. The old generation is saying that the new one is bad and we forgot the morals or tradition. Then I thought to myself, the new generation wouldn’t be like this if it wasn’t because of the old one. We’re always pointing fingers rather than taking responsibility. Another inspiration was the Anime Code Geass. War was constant, the MC’s wish was to create a world for his sister where there is peace. The MC had to destroy the world in order to recreate it. And so the Death’s Kiss came about and started after the world was destroyed by the virus called the BlackJack.

Write it, put it on paper, type it in Word. Don’t let it rot in your mind. No matter what other people say, you’re the ultimate driver of your dreams. A lot of people say it, and for some it just becomes words, but BELIEVE IN YOURSELF. It doesn’t matter if only one person reads and likes it, that’s one more person you can touch with your words. Keep writing and reading. I was late in joining the writing community and I regretted it,so join. There are very wise and helpful writers in the community.

For me, it’s the emotions it brings out in you, the way it touches your heart. As an avid reader, books are an escape for me and an adventure that I won’t experience in real life. I fall in love many times in books and that is such an amazing feeling. Burdens become heavy in life and sometimes we just want to get away. Books lift up that burden for a little bit and that’s very refreshing. Books are such mysteries, they speak to you in ways that is hard to describe and you just want to be lost in the words of the story. All the emotions that a book evokes, whether good or bad, I think that’s very important and it just means that the author completed her or his job.

Oh I’m a total pantser. I tried outlining, but I find myself not even following it because my characters are so hard headed and they want to take over the plot. I just let them, really. I usually write late at night because my son is at the stage when he’s very clingy. I can’t do anything during the day. Unlike most writers, I don’t drink coffee, I really don’t have a fuel. When I write I usually listen to Anime instrumentals on YouTube and that helps me get so much words on the screen. I try to write everyday, but I get sidetrack so much I don’t get much writing done. I really don’t have a process, I just write whenever inspiration strikes.

For Death’s Kiss, I did a lot of research on playing cards, the mysteries behind it, secrets and where/when it originated. Readers will find interesting facts on the playing cards in Death’s Kiss and how much it mirrors LIFE. I had to do research on virus and how the body reacts to some. There were symbolism and allusion, too, so I had to research materials that make sense. Research is an ongoing thing in my books, the more I write, the more research I have to do.

As I’ve mentioned before, I write whenever inspiration strikes. I want to do so many things in a day that I don’t have a schedule. When I get stuck, I read more and watch more shows so I can get inspiration and I go from there.

I’ve always seen myself as a storyteller, but I read so little before. It was not until 7 years ago when I started spending my money on books and read like a maniac. Now I devour books like a monster. I especially love Dystopian novels, so the Hunger Games, The testing, The Prodigy, The Shatter Me series were my favorites. I recently started reading more of Fantasy so now my favorites expanded. I especially love Victoria Aveyard’s writing style. I’m also a big fan of Kendare Blake, Tahereh Mafi, Rick Riordan, and my new favorite author Leigh Bardugo. Honestly, if you ask me who’s my favorite author two years ago, I wouldn’t be able to say one name and I feel so bad because I loved so many books but can’t remember author’s name. But I’m more informed these days 🙂

I’m currently focusing on writing a fantasy series. I have a tentative title of The Curse of Luna Drake. Since I’m going to try the traditional route this time, I’m hoping to finish writing the draft this year and then start querying. Hopefully, things works out.

Its official book lovers, I am obsessed with Regie Khemvisay! If you have liked what you have read about the author and are interested in learning more about Regie Khemvisay, then please do have a browse of the links below and be sure to have a read of the preview too! You will not regret it.