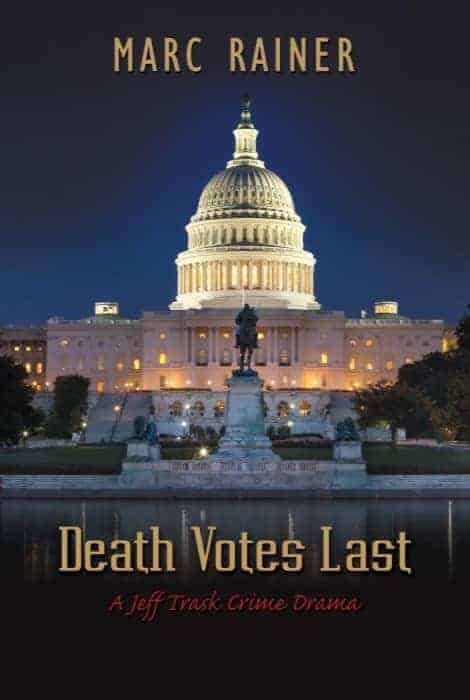 A Senate Leader Who Would Kill To Win

With an evenly-divided United States Senate, the stakes are high for the nation’s political power brokers. The leader of one party decides to change the numbers by arranging the elimination of one of the other party’s senators.

Following a Trail of Homicides And Cover-Ups

As the senator’s death sends shock waves through the nation’s capital, federal prosecutor Jeff Trask and a team of FBI agents and police officers must solve not only the senator’s homicide but the murder of one witness and the attempted murder of another.

The Trial Of The Century

Further complicating their efforts is the fact that the trial of the killer must take place in the political swamp of Washington, D.C. As Trask and his team investigate the deaths and prepare for the trial of the century, the nation’s political fate hangs in the balance.

Death Votes Last is a thrilling, exciting, action-packed novel that will have its readers turning the pages with haste into the early hours of the morning. As I began to read Death Votes Last, I immediately knew that this was going to be a fast-paced action adventure with political intrigue and now that I have finished the novel I can happily write that the book is just this! It is an intriguing political thriller that captivated me with its heart-pounding moments and phenomenal literature courtesy of author Marc Rainer. If you are a reader who loves being taken on a journey that is full of shocking moments that are memorable as well as astounding, then you will love Death Votes Last so do not miss out! If you need more convincing, then please continue to read my review to learn more about the stellar novel!

Death Votes Last is a multi-layered crime thriller that follows a host of characters that all play a crucial role in an unraveling investigation at the heart of the story. The plot of Death Votes Last is shocking and incredibly entertaining so I am going to try my hardest book lovers not to spoil the plot of the book for you! What I will write however is that the novel is centered around the murder of a party senator. The senator’s death ‘sends shock waves through the nation’s capital’ and these shock waves eventually reach the FBI, the Police and in particular the protagonist of the novel, federal prosecutor Jeff Trask. Jeff, with the help of some other core characters, investigates the murder of the senator and when he does, he follows every lead and leaves no stone left unturned which in turn reveals many shocking truths. What unfolds is shocking as well as thrilling and if you are a reader who is looking for a crime drama that is unlike anything you have read before then Death Votes Last is not to be missed!

The story of Death Votes Last is a stellar one that had me intrigued from the very start. I love any story with a political theme so I knew from the beginning that Death Votes Last would deliver thanks to this theme and wow did it! From the start the reader is immediately thrust into the thick of the story, the reader will feel as if their breath has been knocked out of them by how fast the reader is pushed into the thick of the plot. I personally love this approach with a novel, especially if it is an action/mystery based one; what is the point in waiting for the action to start? None in my opinion so that is why I love how the excellent author Marc Rainer decided to throw his readers into the story; it made for an exhilarating read, one that I would recommend to all of you lovely readers!

Marc Rainer is a newly discovered author of mine who has written five books in his ‘Jeff Trask Crime Drama’ series with Death Votes Last being book five, and I have to confess book lovers that I am kicking myself for not having found Rainer’s work sooner! I am frustrated that I have not before because never before have I been so entertained with a political drama! To write a good crime murder the reader needs to be fully immersed in the story and feel as if they are experiencing the same events as the protagonist(s) and Rainer manages to accomplish this with his writing in Death Votes Last, so Rainer is most certainly worthy of an abundance of praise.

Not only is Rainer an outstanding writer for his ability to thrust his readers into the thick of the story, but he also is because he was able to describe all of the events that unravel perfectly. Every event and moment and even place is flawlessly described with a wealth of detail which in turn keeps the reader turning the pages.

Overall Death Votes Last is a gripping novel that is guaranteed to keep readers entertained for hours on end so I, of course, have to award the story five stars! Be sure to have a read of the preview below book lovers and also have a look at Marc Rainer’s other works on Amazon because they all look brilliant! I should mention that Death Votes Last is book five in the series; however, I personally feel that each book can be read as a stand-alone. I do warn you though book lovers that you will be so hooked on this book and the protagonist of the series that you will want to read the previous four!

Thank you so much for reading book lovers! I appreciate it so much, I love discussing wonderful books with all of you so please comment below and let me know your thoughts on Death Votes Last. Do you see yourself reading this book? Do you love the genre? Please let me know your brilliant thoughts below and I will be sure to comment back. Thank you so much again for reading!

P.S. Here is a preview of the book for all of you lovely readers to enjoy! Please have a read of the preview and if you find that you have loved what you have read then all you need to do is click the Buy on Amazon button and it will take you straight to the book on Amazon U.S.! If you are in the U.K. then below I have attached a link to the book for Amazon U.K..

Thank you so much again for reading! 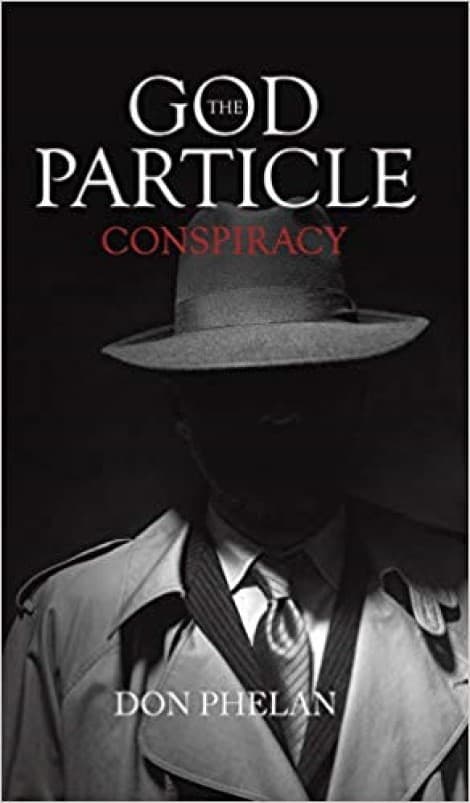